A Penny For Your Thoughts

A few years back, when I put my private practice on hold to stay home as a full time parent, I occasionally found myself engaging in a conversation like this:

You see where this is going, right?

For some people, it just doesn't compute that someone (especially a male) would abdicate their position of perceived "power" in the relationship by not contributing to the household income.  Yet, others were very supportive and didn't skip a beat when they learned of my plans.  Ultimately, it all came down to each person's individual attitude about money.

Fact - Money is the number one trigger for relationship problems in the US.  Yes, it is.  Even more than sex.  How can it be more than sex, you say?  Well, there are probably different reasons, but I think one major factor is that most people learn about their partner's sexual prowess (or lack thereof) early on.  Allowing them to make an informed decision before they tie the knot.  Just like test driving a car, more or less.

On the other hand, money and finances (total buzz kill) get swept under the rug.  Resulting in one of the biggest lies we tell ourselves - money isn't going to be a problem.  Unless you're Suze Ormon (you really should look her up if you don't know who she is), a spread sheet can become the biggest turn-off in any courtship.  If you bring up money perhaps you'll be labeled a  "gold digger" or a "blood sucker" or my personal favorite, a "forty-niner."  And, because nobody likes to be called names, we just avoid the topic all together.  Bad idea.

Research shows that for the most part, we develop values and behaviors about finances from a very young age.  For example, if someone grew up during the great depression vs. a time of economic growth, understandably, the attitudes around money will be very different.  Attitudes that tend to be deeply imprinted.

So, before you ask your blind date for a copy of their tax return and their 401k, perhaps you should ask yourself some of the following questions so you can be clear on what your own beliefs in the matter are:

What did money mean to my family growing up?
Did my family always have enough? Did we struggle?
Were there ever lies about money?
Was there shame or envy about money?
Was money used as a way to control or manipulate?
Who took care of finances in the family and what role did others family members play when it came time to making decisions?

Liza was right: Money makes the world go around. And because it does, when two people who have different beliefs and expectations around money come together, it is of most importance that these differences get ironed out early on.

Every relationship is an investment.  We invest emotions.  We invest time.  We invest energy.  Yet, we don't invest in figuring out how we're going to deal with money - and that may ultimately be the most  important investment of all. And doing it, wont cost you a penny.
Posted by Eufe de la Torre LMFT (MFC37332) at 8:53 AM 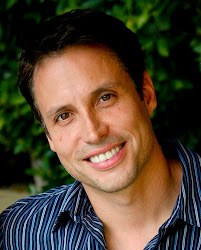